From the time Kent Finlay and his business partner, Jim Cunningham, leased a creaky old warehouse along the railroad tracks in San Marcos, Texas, and opened Cheatham Street Warehouse in June 1974, the honky tonk seemed destined for fame in Texas music history. An Austin hippie country band, Freda (Marcia Ball) and the Firedogs played to an overflow crowd on an unbelievable opening night. As Kent’s brother, Steve, recalled, “At least five people behind the bar were selling beer as fast as we could open them. The beer box was soon depleted of cold beer and we kept icing down beer in an old bathtub behind the bar!” 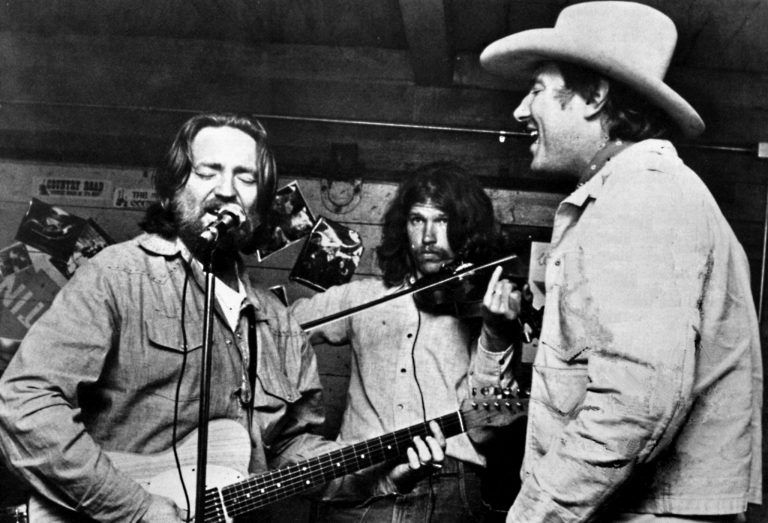 Students at Southwest Texas State University (now Texas State) and San Marcos area fans back then couldn’t get enough of the progressive country music coming out of Cheatham Street, which Kent turned into a showcase for original music and the kind of “Texas Outlaw” culture that was blending traditional country, rock, folk, and blues. One of Kent’s favorite memories was of the night Guy Clark joined Townes Van Zandt on stage and played long past closing time while fans surrendered their beers and sat glued to their seats.

Of course, it was a matter of pride to Kent that on October 13, 1975, he gave George Strait and Ace in the Hole Band a chance to play their first gig together as a band. Cheatham Street’s small, rustic stage became their home base, and Kent even took George on his first trip to Nashville to shop demos. “I thought he would be a star,”

Kent remembered, “probably before he did.”

Cheatham Street quickly became an important hangout for musicians, and bands were often put together through Kent or other connections made there. Stevie Ray Vaughan, who had a weekly Cheatham gig before he became wildly popular, at times played to no more than 25 people in the audience, most of them other guitarists! 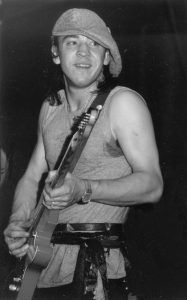 From the beginning, Kent set out to create a laid back, listening atmosphere for songwriters similar to the one he had been part of at Luckenbach, where he, Willie Nelson, Jerry Jeff Walker and other musicians had cracked jokes and swapped songs under the trees with Hondo Crouch, Kent’s spiritual guru. Kent always acknowledged the Luckenbach-Cheatham Street connection, “If there hadn’t been a Luckenbach, there wouldn’t have ever been a Cheatham Street.”

Songwriters Circle was the heart and soul of Kent’s vision for Cheatham Street. A special night for songwriters with a listening audience and a sense of reverence and respect! Randy Rogers, Todd Snider, James McMurtry, John Arthur Martinez, Terri Hendrix, Hal Ketchum, Adam Carroll, Ray Wylie Hubbard, Big John Mills, Shelley King, Monte Montgomery, Charlie and Will Sexton, and Slaid Cleaves are only a few of the countless acclaimed songwriters who have played at Songwriters’ Circle. As Kent emphasized, Songwriters Circle “never has been a money maker night, but it sure is a great night for keeping our integrity.”

Cheatham Street closed for a period in the 1990s, but between New Years Eve, 1999, and Kent’s death on Texas Independence Day, March 2, 2015, he continued to nurture songwriters and feature top-notch Americana music.

Texas State University professors Gregg Andrews and Vikki Bynum (his wife) bought the physical property in March 2006 to keep it from being bulldozed, and they preserved it till the newly created Cheatham Street Music Foundation raised enough funds to buy it. The non-profit Foundation, designed to preserve Kent’s songwriting legacy at the honky tonk, bought the property in November 2010. Through these changes, Kent continued to lease the warehouse and to operate Cheatham Street Warehouse as a business till his death.

On December 21, 2016, Randy Rogers purchased the property from the Foundation, as well as the assets of the business operated by Kent’s adult children–Jenni, HalleyAnna, and Sterling.

It seems only fitting that Randy step into Kent’s shoes. After all, he began to attend Songwriters’ Circle in 2000, shortly after Kent reopened Cheatham Street. It was Kent who nurtured Randy, recognizing not only his talent but also his capacity for hard work.

Randy has made clear the importance of Kent and Cheatham Street to his career: “Kent changed my life… You walk in there and get chills… that’s how I feel about it.” Randy has consistently honored his mentor in the years since. When Randy signed his record deal with Mercury on July 30, 2005, the signing ceremony took place on that same humble stage that launched him–with Kent beaming from ear to ear as he looked on! 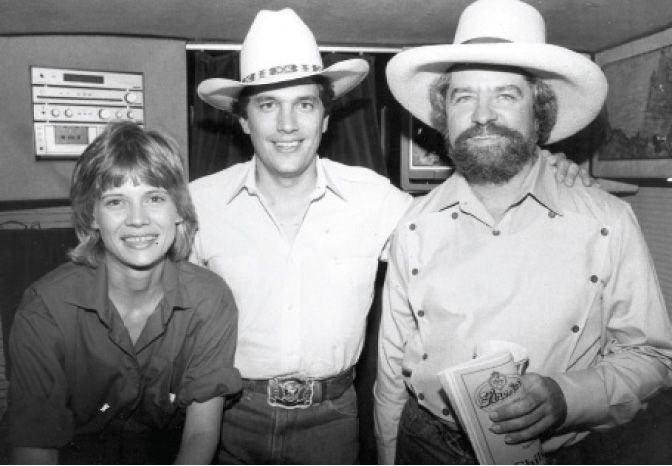